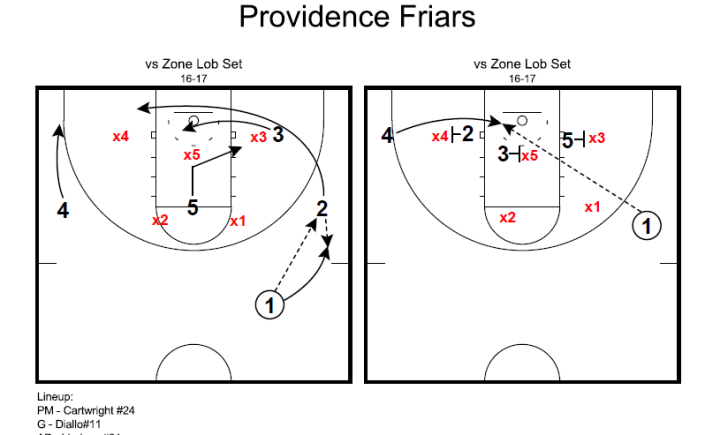 Thanks to Roberto Assi for sharing this NCAA Tournament set from the Providence  Friars. The play was used against USC in the first-four matchup. The play starts with a pass/pass back from the point guard to the wing. Once 1 has the ball back on the right wing, 2 and 5 screen out against the low zone defenders and 3 pins in on the center zone defender. 4 then runs from the corner for a lob pass at the rim. 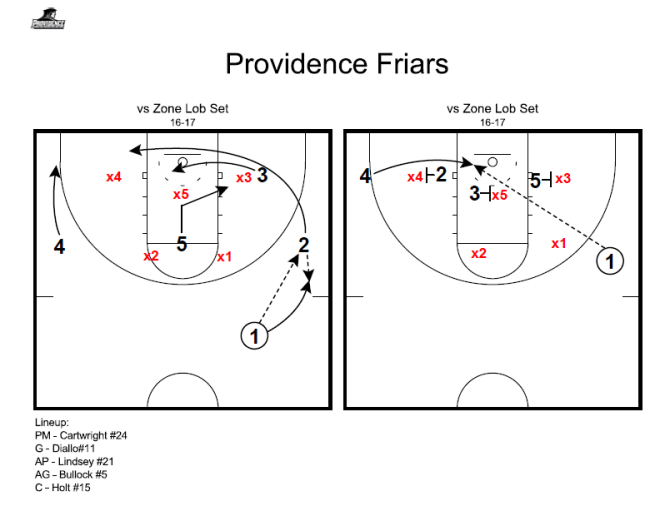